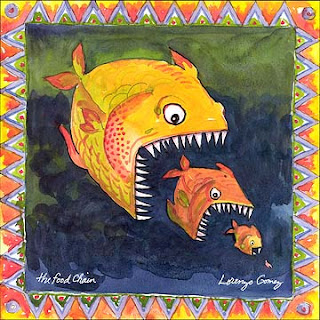 A food web is a heuristic concept map that depicts trophic (feeding) connections in an ecological community, whereas the direct species to species pathways embedded within the larger network are called food chains. The number of transfers of food and energy from the basal species in a food web (i.e., plants or detrivores) to the apex predator is the food chain length.