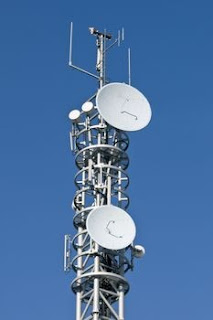 Information and communication technologies have a critical role to play in combating climate change through the reduction of greenhouse gas (GHG) emissions. The increased use of ICTs is undoubtedly part of the cause of global warming, as witness the hundreds of millions of computers and more than one billion television sets that are never fully turned off at night in homes and in offices. But ICTs can also be a key part of the solution, because of the role they play in monitoring, mitigating and adapting to climate change.
There are a number of different causes of climate change, many of which are naturally generated (such as variations in solar radiation, and volcanic activity). However, it is man-made climate change that is of major concern because it appears to be leading to a progressive and accelerating warming of the planet, as a result of the release of greenhouse gases, primarily carbon-based emissions. The work of the United Nations Intergovernmental Panel on Climate Change (IPCC) shows that global greenhouse gas emissions have risen by 70 per cent since 1970.
The ICT sector itself (in this definition, telecommunications, computing and the Internet, but excluding broadcasting transmitters and receivers) contributes around 2 to 2.5 per cent of GHG emissions, at just under 1 Gigatonne of CO2 equivalent. The main constituent (40 per cent) of this is the energy requirements of personal computers and data monitors, with data centres contributing a further 23 per cent (see Figure 1). Fixed and mobile telecommunications contribute an estimated 24 per cent of the total. As the ICT industry is growing faster than the rest of the economy, this share may well increase over time. ICTs have the potential to assist in finding a solution to reducing the remaining 97.5 per cent of global emissions from other sectors of the economy.